We are living in a global political context of extreme hatred, fear and insecurity of sexual minorities and those who choose to express themselves outside of heteronormative binaries. A large part of the discrimination that young people face is based on their sexual orientation and gender identity, but also on assumptions related to their gender expression. As a youth-led fund, FRIDA openly supports the courageous organizing of young feminists fighting for  LGBTQIA* rights.

FRIDA’s community is diverse–we are staff, advisors, grantee partners, board members, part-time and full-time consultants–and many of us are queer, bisexual, lesbian, gender non conforming and trans* while holding other intersecting identities. We are not defined by binaries and a lot of the work we do is to ensure that we create a safe environment for multiple identities to coexist in harmony and learn from each other.

Today, on International Day Against Homophobia Transphobia and Biphobia (IDAHOBIT), FRIDA recognizes LGBTQIA* rights face well-organized and heavily funded opposition forces that are fundamentalist, militarist and conservative in nature. All over the world these extreme conservatives are taking hold of governments, media platforms and even places of prayer, inciting violence and hate against sexual minorities. In Brasil, the election of extreme right wing and well known homophobe Jair Bolsonaro led to numerous attacks against trans women, female journalists and members of the LGBT+ community. In the United States, hate crimes against LGBTQ+ folks have steadily increased since the election of Donald Trump. In France, attacks against openly gay couples hit a record high in 2018, during the same time that right wing candidates have increased their popularity. All over the world, the dangerous backlash against the basic rights and liberties of LGBT+ folks is undeniable.

It is especially important for us, as a feminist fund, to come together and organize against phobia and embrace freedom. Through our existence, we are #ChangingTheGame in philanthropy in transformative ways and moving resources towards sustaining young feminist organizing, resourcing LGBT+ organizing all over the world.

This IDAHOBIT, we celebrate and applaud the work of FRIDA’s grantee partners working tirelessly to fight homophobic, transphobic and biphobic forces every day. Read the updates and stories on our Facebook page here.

Our activism is deeply connected to our identity, one that must exist without any fear, hatred or judgement. Happy IDAHOBIT, today and everyday! 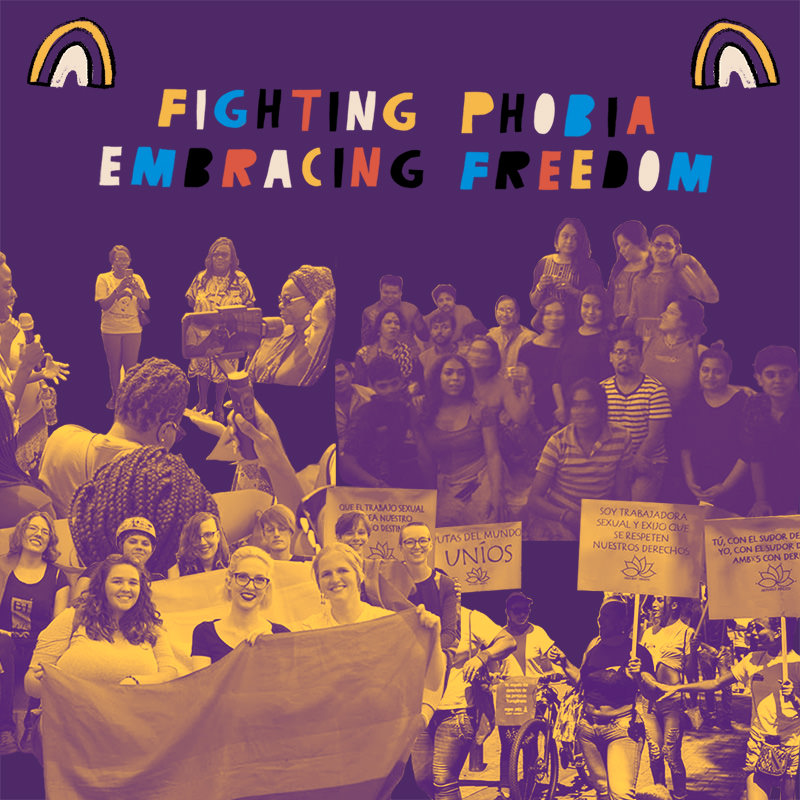 Over 40 young feminist groups from FRIDA’s network of grantee partners are working directly on LGBTQIA* rights. This IDAHOBIT, make a commitment towards supporting their critical work by making a donation. Click here to contribute!

For the last 6 months, we’ve been busy recruiting and we’re excited to introduce some…

On March 8th, we honour and celebrate the history and journey of the womxn’s movement…