The story of a young feminist band in Egypt

We have had the pleasure and pride to learn from many amazing young feminist groups working in bold and creative ways in different parts of the Global South. Some hold fierce rallies and demonstrations on the street, some enact and enunciate the inequalities plaguing our society, some educate people about their rights, and some perform their activism. Today, we want to tell you the story of a young feminist band. Yes, you read that right!

Bnt Al Masarwa, is a feminist band, who make musical productions in Arabic based on life experiences as women living in the Egyptian society. They started out their musical journey in 2015. 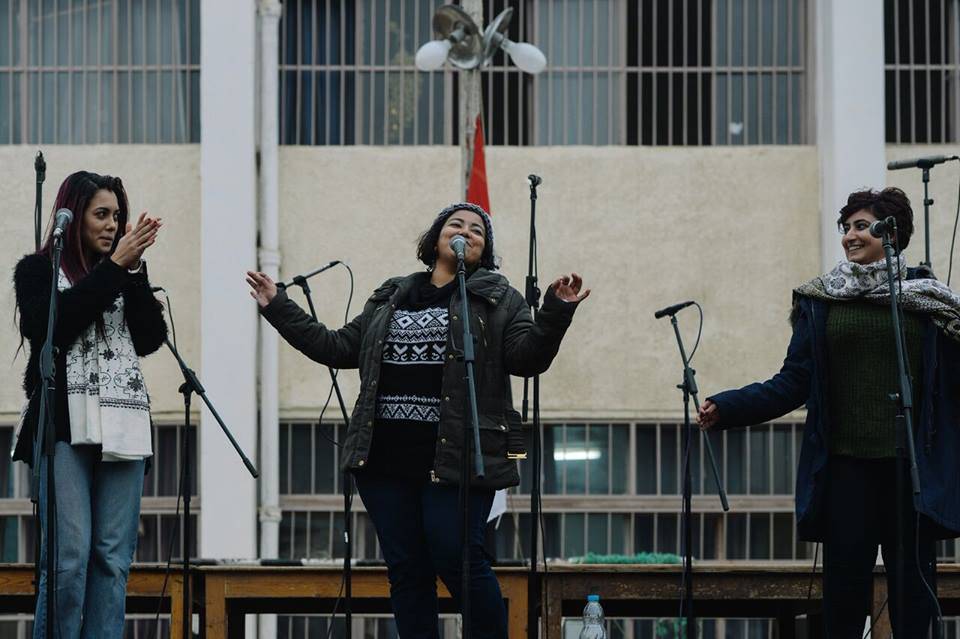 As part of their latest album venture, Mazghouna, translated as The Imprisoned Woman or The Beaten and Silenced Woman: the old name of one of the villages where a storytelling workshop was conducted. Three such workshops were conducted in villages of three Upper Egypt’s governorates. Several women shared their life experiences of how different forms of oppressions–like class, religion, race, family, and tradition–intersect in their everyday life. This was the inspiration for the band to write 18 new songs, choosing 10 of them to be featured on their second album.

This week, Bnt Al Masarwa has launched a crowdfunding campaign, with an aim to raise USD 12,000 to cover the production’s expenses of their latest album. They need your help!

“We are pretty sure that we cannot make a successful campaign without the support of the ones who believe in our musical feminist experience. We believe you are one of them.“ 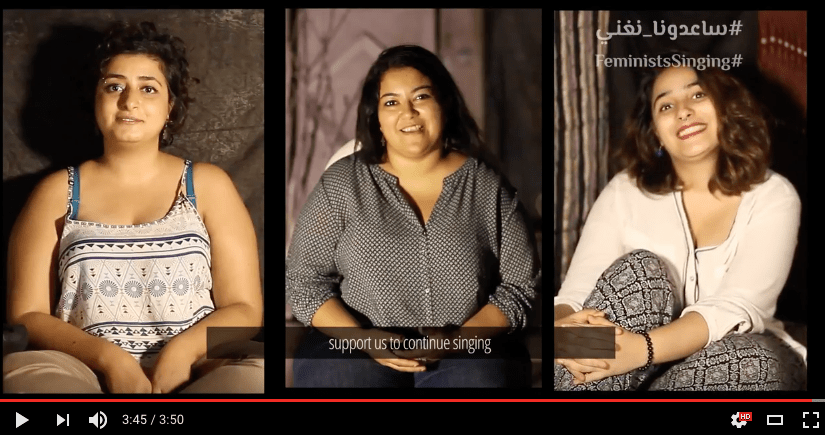 FRIDA is proud to be able to amplify the amazing work of young feminist groups like Bnt Al Masarwa. Our activism takes on many forms. We rally, we dance, we write, we speak, we sing, and we are not going to stop until we co-create a world that we feel safe and equal to be a part of!

We are living in a global political context of extreme hatred, fear and insecurity of…

The feminist struggle is deeply personal and unabashedly political. The work we do has a…

Ana Criquillion is a long-term feminist and serial founder: From Puntos de Encuentro to FCAM,…