When you wanna be a Drama Queen!

Today, we want to share the story of a young feminist group in Ghana that believes in “centering Herstories in a world that seeks to erase them”. Drama Queens uses theatre as a means of restoring gender equity and balance to encourage rich conversations around women’s lives and roles in society. By showcasing edgy, modern plays that challenge the status quo, the group aims to encourage its audience to question patriarchal rules, norms and ideas about gender. Their productions cover a wide range of topics–from sexuality to climate change. 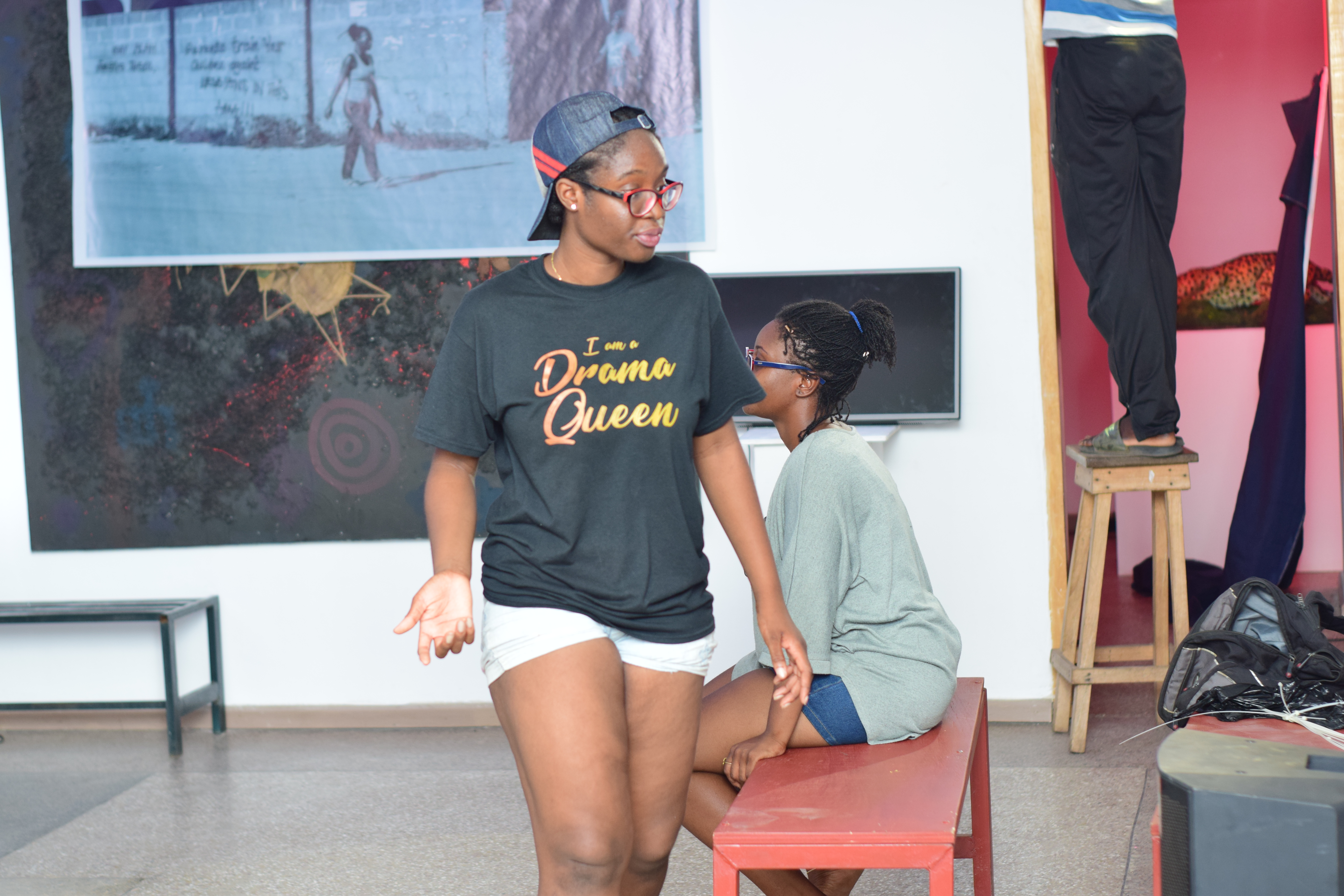 Their most recent theatre production, “Just Like Us” consisted of a series of monologues adapted from the true life experiences of actual LGBTQ+ people from Africa. Each piece explored various themes from the pressure of labeling and owning sexual pleasure to the trauma of living in a homophobic society.

Staged in May at the Art Gallery of The Nubuke Foundation in Accra, the play saw its audience move to tears during emotionally engaging scenes, and responding to its live elements. As the first production of it’s kind to deal with the subject of LGBTQ+ Africans and the truth of their lives, the play rewrites history in a powerful way. Using various artistic elements–dance, dramatic voice overs, live music, sculptures and photography by Eric Gyamfi, whose art exhibition of the same title inspired this production–the play is scripting and enacting a lived reality often brushed under the carpet or never even spoken about.

In telling everyday stories of human lives, especially those that a violent society seeks to erase, young feminist groups like Drama Queens is questioning dominant storytelling in history, and paving a new knowledge path for equally important and real lives.

Drama Queens is one of the 150+ young feminist groups from around the world that FRIDA supports. If you believe in supporting groups to tell powerful and true stories of their own realities, consider giving to FRIDA today.

We are changing histories, one act at a time. Join us!

In today’s day and age of social media, communication and raising awareness has taken a…

Too often, we hear that girls are the future of our planet. But girls aren't…