Our first Board election and six new Board members!

A letter from our Board Chair:

As a youth-led young feminist fund, we want a governance and leadership structure that represents not only who we are, but the values we want to practice and the change we wish to see in the world. Whether it is through our participatory grantmaking model, our funding plus approach or our attempt to reform the feminist philanthropic landscape, we seek to transform power structures so that more young women, girls, and trans* youth are involved in decisions that affect their lives.

So it is with great excitement and pride that I write to you to announce that FRIDA held its first Board election. Over 100 people from FRIDA’s community of grantee partners, advisors, and staff took part, and the election that took place in six different languages. The final results ensured that FRIDA would be governed by activists of multiple skills, regions, identities, struggles and contexts. In addition, we are pleased to have representation from the FRIDA community itself – grantee partners and advisors.

I am delighted to introduce you to six new members of FRIDA’s Board:

Clara Fok works as the Research Officer in the Department of Sociology and Social Policy of Lingnan University. Previously, she has held various positions at Amnesty International and the Youth Coalition for Sexual and Reproductive Rights. She holds a Masters degree in human rights from the London School of Economics and Political Science and a Bachelor’s degree in international relations from the University of Hong Kong. She speaks Cantonese, English, Mandarin, and some French.

Sulique Waqa is the co-founder of the Haus of Khameleon, a transgender led feministmovement that is lobbying, campaigning, organizing, researching, training and advocating for transgender equality in Fiji and the Pacific. For eight years now, Sulique has been the chief Coordinator of the popular Adi Senikau Pageant, a transgender pageant in Fiji, and sits as a member of the Hibiscus Festival Committee under the Hibiscus Events Group Inc. Sulique is also a member of the UN Women Pacific Civil Society Advisory Group (CSAG) and recently was invited to serve as a member of the first ever UN Women Informal Reference Group on LGBTI Issues. Sulique tweets as @SuliqueWaqa and speaks English and Indigenous Fijian (Itaukei).

Majandra Rodriguez Acha is a climate justice activist from Lima, Peru. She studied Sociology/Anthropology and Sustainable Development Studies at Swarthmore College in the US. She has worked as an educator focusing on intersectionality, anti-discrimination, feminism, activism and the environment. Majandra is part of the founding crew of TierrActiva Perú, a collective and national network that works towards “system change, not climate change” and the building of alternatives to the climate crisis. In 2016, Majandra was a Young Feminist Fellow for Climate Justice at the Women’s Environment and Development Organization (WEDO) and FRIDA, promoting the visibility and engagement of young women and young feminist activists in climate advocacy. Previously, she has been a Climate Justice Consultant at FRIDA. In her spare time, Majandra like sto play drums in an all-women group, ride her bike and do worm composting. She is fluent in Spanish, English and intermediate French and tweets as @majandrraa.

Sophia Pierre-Antoine holds a double Bachelors in Women and Gender Studies and in Sociology from Stony Brook University in New York. Her research focused on the Haitian feminist movement’s response to gender-based violence in Haiti. She is on her way to a Masters in Development at the Geneva Graduate Institute. As a passionate and outspoken intersectional feminist, she has worked for the past few years for the YWCA Haiti and the World YWCA in program management and in international advocacy. Her thematic focuses are Sexual and Reproductive Health and Rights and HIV, Gender Based Violence, Child Early and Forced Marriage, and Young Women’s and Girls’ Leadership & Empowerment. Sophia is based in Port-Au-Prince, Haiti and is fluent in French, English, Haitian Creole and conversational Spanish. She tweets as @sophiapa29.

Khouloud Mahdhdaoui is a Tunisian journalist, based between Tunis and Paris. She’s a camerawoman and audiovisual activist as well as a founding member and president of the feminist LBT organization Chouf, in Tunisia. She was elected as Women Secretary Alternate of ILGA during the last international submit in Mexico. She is also the founder of Chouftouhonna in Tunis, which is the first international feminist art festival in the region.  At an academic level, Khouloud is part of Kohl, a journal for body and gender research  advisor board. Those different qualifications allow her to benefit from many skills and shares. Added to her ability to speak Arabic, French and English and her very good understanding of Spanish, it gives her the opportunity to lead from the front of many projects – videos and photos mainly. All of which aim to fight against discrimination based on gender and sexual orientation. Through her workshe questions and deconstructs permanently roles and norms imposed on women by the various patriarchal societies. Besides she is an also fervent boxing amateur and writes erotic short novels when she has time.

Luam Kidane has worked in and with social movements on the continent and in the diaspora for close to a decade at the intersections of self-determination, food sovereignty and cultural production. She received a Masters from McGill University with a thesis that focused on the liberatory value of cultural production. Through popular education, Luam has sought to contribute to and be a part of processes that spark insurgent imagination and create improvisations of freedom. She is the co-curator of NSOROMMA, a pan-African arts initiative and has written publications and articles on radical transformation in Africa. Luam has worked with several philanthropic and social change initiatives as a researcher and strategist on food sovereignty, youth programming, and gender and sexuality.She tweets as @luamkidane.

Thank you for being part of this beautiful journey! 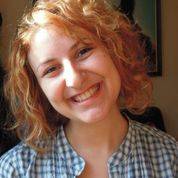 There’s no doubt that 2020 has been a tough year for all of us. Collectively,…

The feminist struggle is deeply personal and unabashedly political. The work we do has a…