FRIDA’s mission goes beyond funding young feminist led collective organizing all over the world. As an activist fund, a core part of our mission is to change the game in global human rights philanthropy. This means introducing new grantmaking practices such as participatory grantmaking, encouraging more youth leadership in donor spaces and decision making structures, and emphasizing the importance of physical and digital care in philanthropy at the local, national and international level. We also strategically use our communications to amplify the issues FRIDA grantee partners work on, ranging from abortion movement in Argentina #SeraLey, the fight to end sexual harassment and #MeToo to climate justice and collective care in activist organising.

FRIDA’s advocacy strategy focuses on making space for young feminist perspectives, methodologies, ideas, demands and, even, our bodies and presence. Often times, it is not easy for young feminists just to be in certain philanthropic spaces as these very much remain dominated by traditional ideas of hierarchy that put older, Global North, white men at the top. Representation matters. Everyone at FRIDA has some relationship to young feminist activism – we come from those communities and remain part of them. 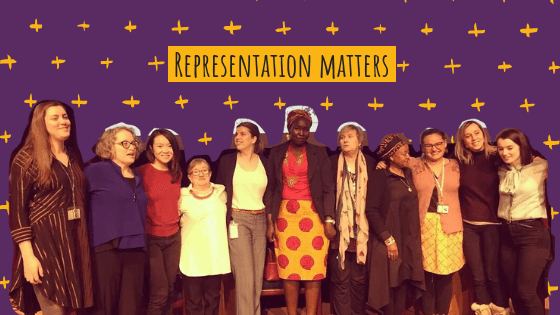 When we take up space in traditional philanthropic spaces, we challenge stereotyped assumptions of who should be at the table, what they look like or sound like; and reinforce the idea that young feminists are capable to take on leadership roles within philanthropy and international civil society. Here are some examples of some of the work we have done this year around advocacy to meet these goals: 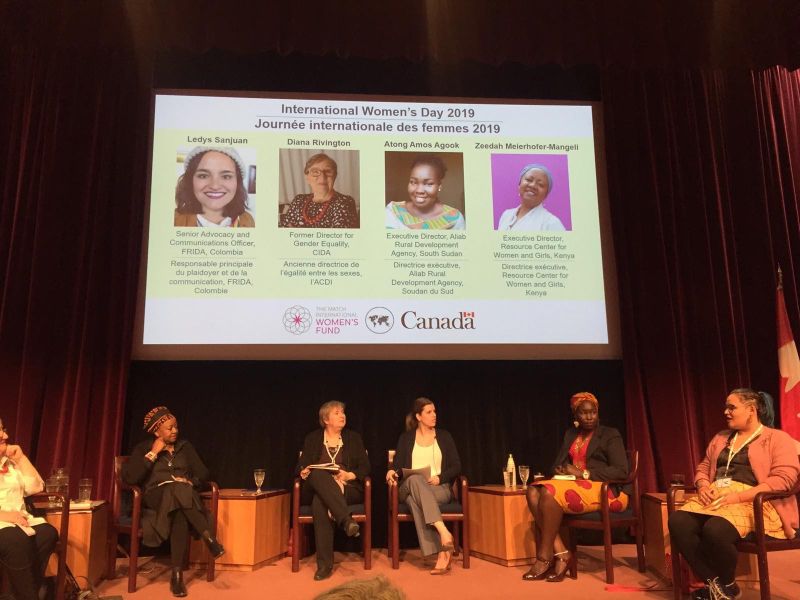 On International Women’s Day, March 8th 2019, I represented FRIDA in a feminist intergenerational dialogue at Global Affairs Canada titled “Building on Gains, Innovating for Change: An Intergenerational Dialogue on Gender Equality”. The conversation focused on how we can establish a closer connection between older generations, the history and learnings they have with the new methodologies and approaches that young feminists are putting forward. This was a key moment for FRIDA to share how we centre the voices of those we fund and how to make grantmaking systems that is more participatory for everyone. In case you missed it, just this week, the Canadian government announced $300 million to support women and girls with its Equality Fund.

Spotlighting online violence and ways to counter it

[from left] FRIDA advisor from Georgia, Ekaterine Gejadze, and FRIDA Program Officer for Digital Security and Teenage Girl Organizing, Saadat Baigazieva presenting about FRIDA at the IFF in Valencia, Spain 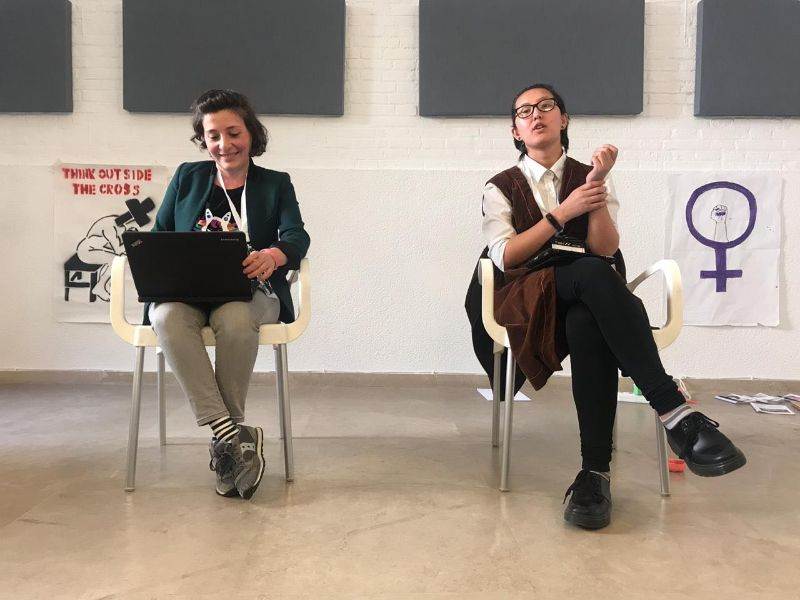 [from left] FRIDA advisor from Georgia, Ekaterine Gejadze, and FRIDA Program Officer for Digital Security and Teenage Girl Organizing, Saadat Baigazieva presenting about FRIDA at the IFF in Valencia, Spain

As part of our approach to holistic security, FRIDA focuses on amplifying the experiences of harassment and violence of young feminists online. At the Internet Freedom Festival that was hosted in Spain, Saadat Savieva, FRIDA’s Program Officer and Ekaterina Gedjadze, FRIDA Advisor for the Central Asia, Eastern Europe, Caucasus and North Asia, presented a case study on online harassment experienced by young feminists in Kyrgyzstan and Georgia. The session raised awareness on the wave of violence that young feminist activists are experiencing, while also focusing on some of the creative ways in which they are organizing to fight back. 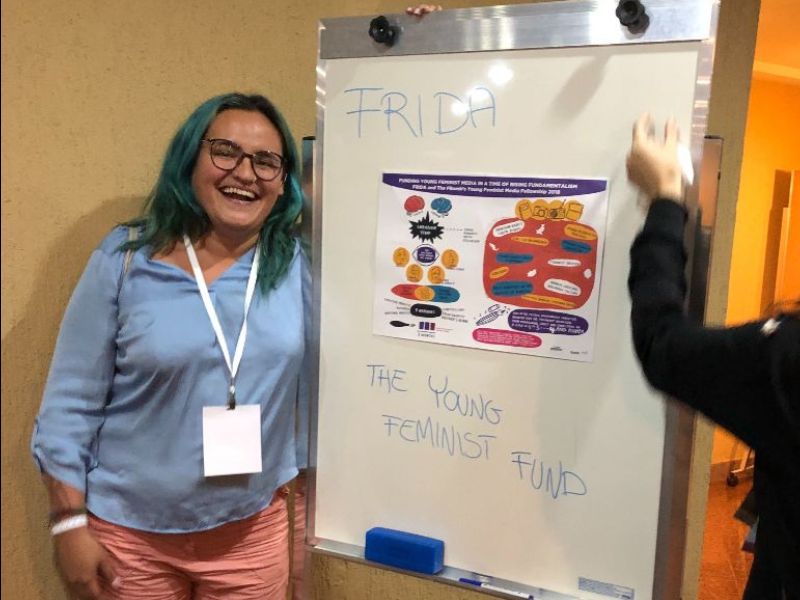 The EDGE Alliance conference is a progressive funder’s space where funders and activists come together to discuss systemic alternatives. This year the conference was held outside Rio de Janeiro, Brasil and I was a part of their organizing committee, one of the youngest people from the Global South. In this space, FRIDA’s strategy focused on raising the profile of feminist technology with funders. Bruna Zanolli, FRIDA Advisor for Brazil attended and brought FUXICO, a device which creates a small network where folks can share files and chat. Our interventions in the space focused on discussing how funding alternative technology is key to systemic change. Finally, Jovana Djordjevic, FRIDA’s Senior Program Officer for Grantmaking, gave a workshop on participatory grantmaking that was one of the most well attended open spaces in the whole conference!

On June 11, 2019, Astraea Lesbian Foundation for Justice co-hosted a twitter chat in collaboration with African Women’s Development Fund, Red Umbrella Fund, Urgent Action Fund Asia and Pacific and FRIDA. Together we explored #FeministFunding and how philanthropy can meet the political moment. If you missed joining the chat,  click here to view some key discussion points.

Through our collective advocacy, FRIDA is opening space for more participation, representation, consensual decision making and less hierarchies but more accountability in philanthropy and movement spaces.

Now is time to flood every boardroom, every conference, every panel and every single space with our resistance and our strategies, and show the many versions of a fair and just world that young feminists are building together. Whether it is open technologies, consent workshops, art shows, spoken word or a street protests, young feminists have plenty to share.

“We agreed to live, and  for us, living is fighting, — each of us according…