Come as you are: The politics of space-claiming in global feminist spaces

It is rare to get the opportunity to spend a few days with Nobel Laureates and be part of authentic, multigenerational discussions and workshops together. It is even more rare for this to be led by emerging young feminist leaders from all over the world. In many ways, this disrupts and subverts pre-conceived notions about young people’s inability to lead and engage in feminist movements in meaningful ways.

In the last week of April 2019, I was privileged to witness this all as I was honoured to attend the ‘Claiming Our Space: Emerging Feminist Voices for Peace’  global convening hosted by the Nobel Women’s Initiative and the Gbowee Africa Peace Foundation in Monrovia, Liberia. 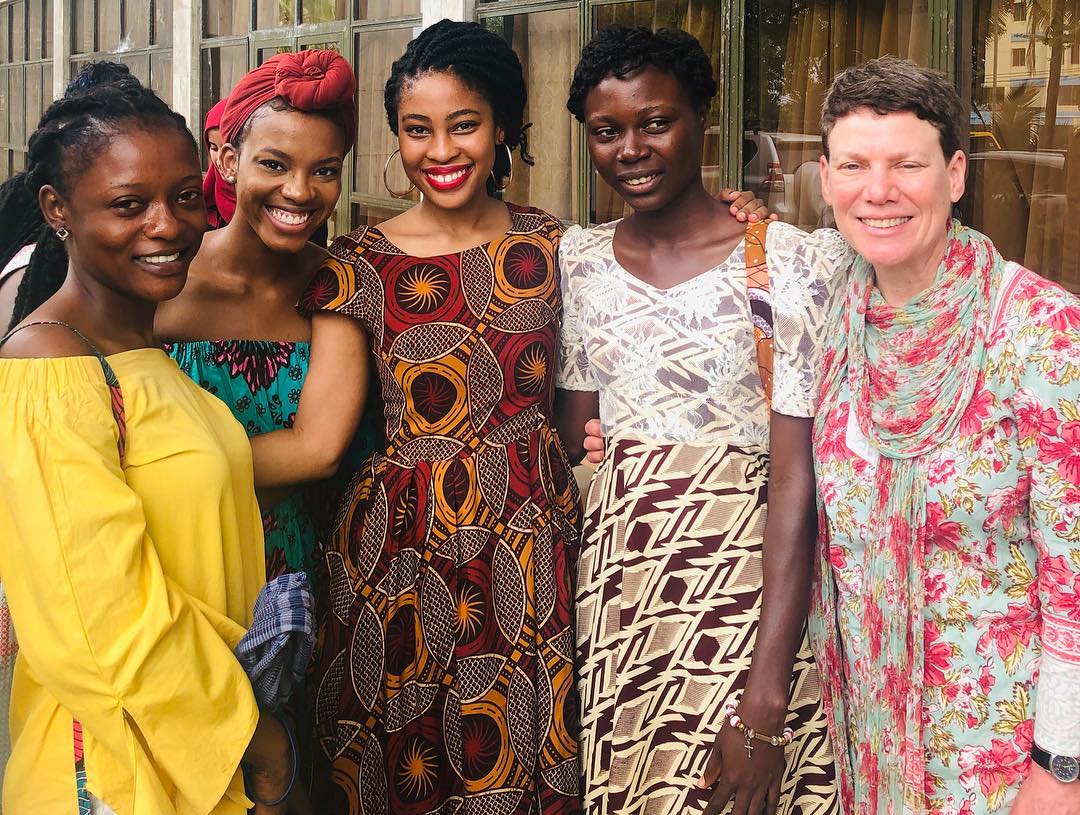 The event was kicked off with an introductory speech by every  Nobel Laureate who participated in the convening. A range of contemporrary and relevant topics were discussed:  lessons from the Liberian feminist movement, youth-led conversations with the Nobel Laureates about migration and displacement, gun reform, social media, war and the body. There was a keynote address on movement building, breakout sessions to discuss country case studies on how emerging feminists claim their space, and so much more.

What was particularly special about this space is that, regardless of the calibre, presence and international acclaim of the Laureates, young people were equally encouraged and given the platform to lead and claim the space. It was multigenerational in a practical and emotional sense too, which made me reflect deeply on the idea of ‘space-claiming’ in a more nuanced way and unpack what it truly means.

When I consider my personal understanding of the word ‘claim,’ I associate it with one’s ability to confidently take ownership of an experience.” . As I reflect on my own journey as an activist, I remember my participation in large national and international platforms to discuss issues like corruption, FGM, youth involvement in politics and social justice since I was 17. As much as I attribute those opportunities to my growth and ever-increasing confidence in my activism, I also remember being petrified. In the early years, I was nervous whenever I was told to get up and ‘claim my space by using my voice’ in a room full of intimidating adults, and my voice would disappear when I had to deliver a speech in a foreign country.

You see, when we show up to spaces, we show up as our full selves…our race, our age, our gender, our language, our experience, our education. As young advocates, we bring our successes and vibrant energy, but we also bring our traumas, our potential internal and external struggles, our battles with tokenism and our fear of judgment. All of that, amplified by the need to be taken seriously as a young voice representing an organisation, and the additional anxiety that can come with it).

I decided to take my own advice. I’m 26 now, and a decade’s worth of practise has meant that I cherish the opportunity to speak up, or represent an organisation, or have critical discussions with my heroes and sheroes. It no longer intimidates me. And so, during this conference, I challenged myself to show up in ways that would allow for a deeper and more meaningful connection. 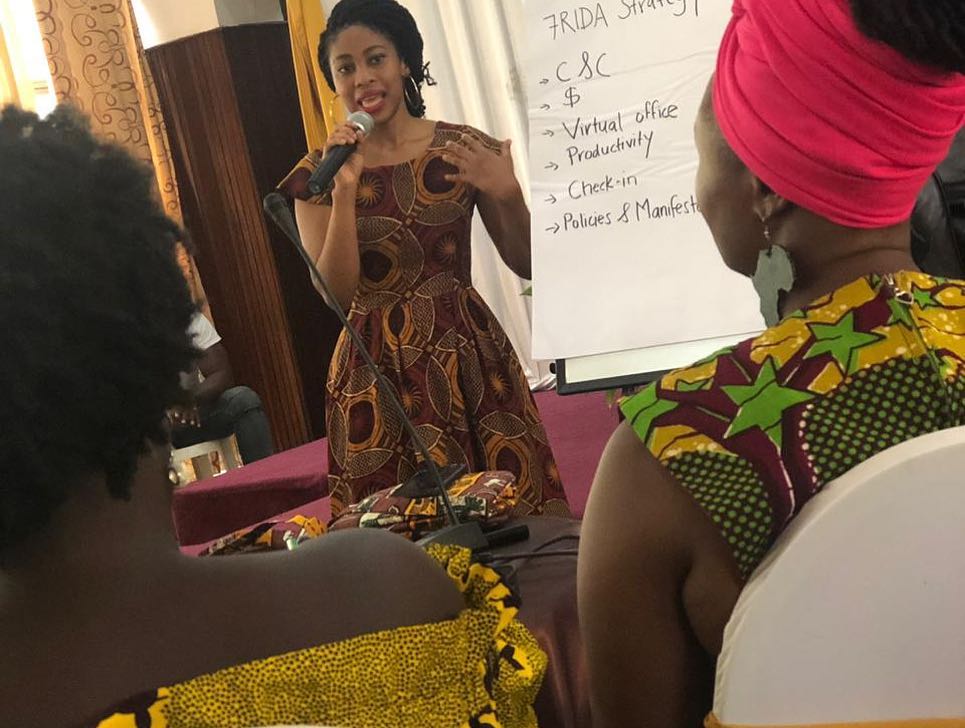 I was privileged to lead a session on self-care–a theme that was frequently brought up over the course of the convening–titled ‘The Act of Radical Self Care: Care as the Foundation for Organizational Growth’. The workshop was centred on sparking important conversations about self-care, particularly in the work environment. We journaled, debated, spoke candidly about toxic organisational cultures and their effects on the body and soul. We valued ourselves as individuals on a path, and reflected on what we needed to do to honour that. It was truly cathartic, and I was so grateful that the participants trusted me enough to be powerfully vulnerable during the discussions.

I was also invited to speak on a plenary titled, ‘Decolonizing Feminist Leadership’ on May 1. Being able to speak in it was a nice Workers Day gift to myself! Along with me were Neesa Medina from Somos Muchas, Carrington Christmas from the Native Women’s Association of Canada, and the panel was moderated by Ketty Nivyabandi from the Nobel Women’s Initiative. I was asked about the power dynamics between the Global North and Global South, and chose to speak about it from a funder perspective as well as drawing from personal experiences as a young social justice advocate in South Africa. I also spoke about healing, generational trauma, and their implications on expectations about ‘claiming space’.

The conference organisers did a wonderful job of making sure that every participant was given the opportunity to be involved in crafting the space and the agenda; which was incredibly important. The future of social justice movements, particularly ones that need to consider the power dynamics between Global North and South is one that must be created collaboratively. We all need a seat at the table, from the very beginning, rather than only when the agenda has been typed and printed. Nothing about us, without us. 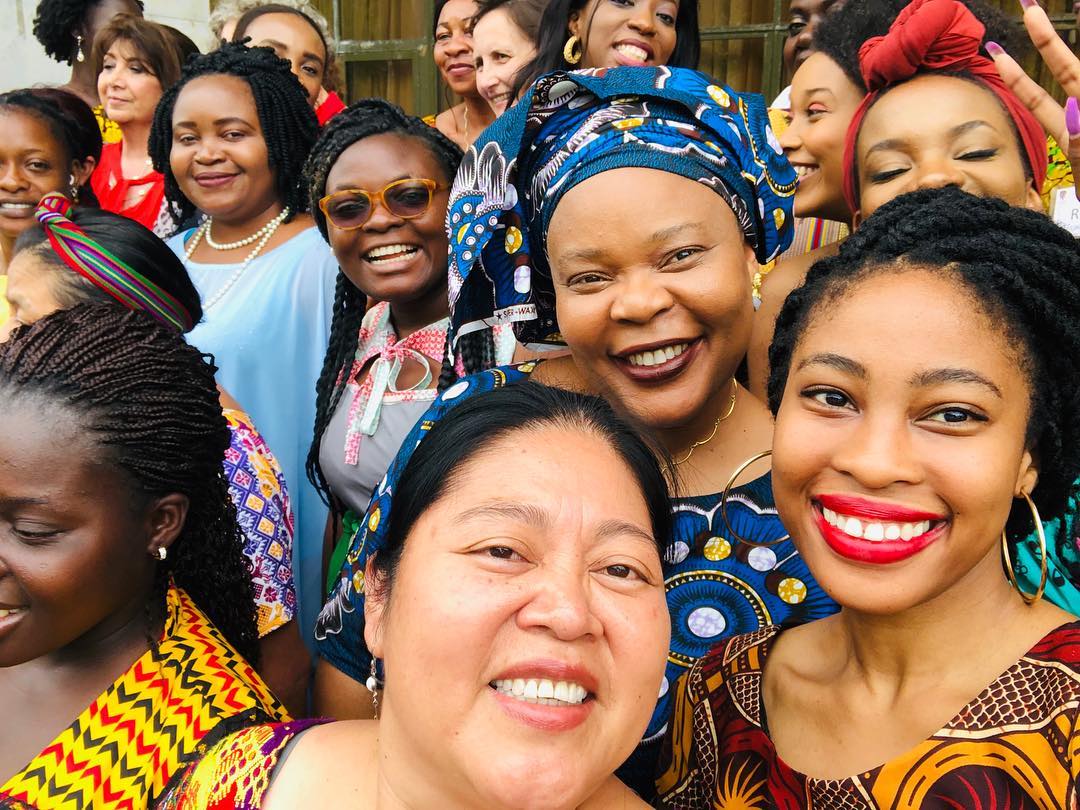 “The friends and connections I made in those few days gave me so much joy and energy. I am grateful to the Nobel Women’s Initiative for creating a space for multi-generational leadership, and showing the many ways claiming a space can look like,” says Mbali (far right) with Leymah Gbowee (Nobel Laureate) and other participants at the conference.

Questions surrounding our identity are deeply personal, and political at the same time. As a feminist…